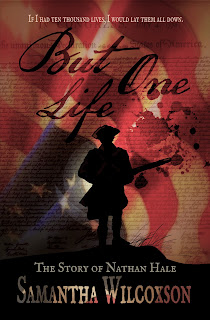 But One Life: The Story of Nathan Hale is an intimate retelling of the life of a great American patriot. As a young man, he debated philosophy at Yale and developed his personal politics of the revolution. Shortly after graduation, he joined the Continental Army and volunteered a spy in 1776. How did Nathan become a man willing to sacrifice himself with just one regret – that he had but one life to give for his country?

Experience the American Revolution alongside Nathan, his brother, Enoch, and good friends like Benjamin Tallmadge. They dream of liberty and independence. But at what cost?

Friendship, faith, love, and loyalty motivate young Nathan to become a name recognized throughout America as the quintessential patriot.

If I had ten thousand lives, I would lay them all down.

Use this Discussion Guide with your class or book club! 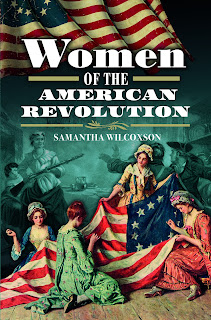 Women of the American Revolution will explore the trials of war and daily life for women in the United States during the War for Independence. What challenges were caused by the division within communities as some stayed loyal to the king and others became patriots? How much choice did women have as their loyalties were assumed to be that of their husbands or fathers?

The lives of women of the American Revolution will be examined through an intimate look at some significant women of the era. Some names will be familiar, such as Martha Washington who travelled to winter camps to care for her husband and rally the troops or Abigail Adams who ran the family’s farms and raised children during John’s long absences. Elizabeth Schuyler Hamilton is popular for her role in Hamilton the musical, but did you know she was also an early activist working tirelessly for multiple social causes?

Decide for yourself if the espionage of Agent 355 or the ride of Sybil Ludington are history or myth. Not all American women served the side of the revolutionaries. Peggy Shippen gambled on the loyalist side and paid severe consequences. From early historian Mercy Otis Warren to Dolley Madison, who defined what it means to be a US First Lady, women of the American Revolution strived to do more than they had previously thought possible during a time of hardship and civil war.

Follow me on your preferred platform for the most up to date book news and fun historical blogs: