Marrying Down: Cecily of York 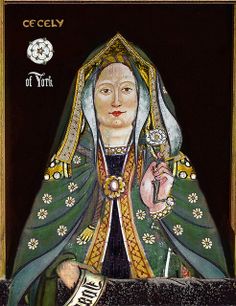 When I began writing the story of Elizabeth of York, I had not given much thought to her sister, Cecily. I knew that she would be included to some extent, but had not anticipated how much she would be revealed. I allowed her character to develop and become a larger part of the novel as the story unfolded. Much to my surprise, many readers have named Cecily as one of their favorite parts of the book. Therefore, I decided it would be fun to take a look at this York princess, who seemed to be on a quest to find true love with a man who would not look to Cecily to raise him up.

Cecily's first marriage was to Ralph Scrope of Upsall. This marriage was arranged by her uncle, Richard III. Scrope was a supporter of the last Plantagenet king and, therefore, made a good choice of husband for one of Richard's nieces. When they were married in 1485, Scrope was twenty-years-old to Cecily's sixteen.

Little else is known of this first marriage. Had Cecily requested to marry the younger brother of a baron? Was Richard looking for a way to neutralize the threat of Cecily's royal blood? We do not know. What is known is that Henry Tudor chose to have the marriage annulled upon his accession.

Henry Tudor married Cecily's older sister, Elizabeth, and left Cecily unmarried for approximately two years. Why he had annulled her first marriage if he did not have another immediately in mind was a fun question to answer in historical fiction, but his true motives were probably more innocent. By 1488, Cecily was married again, this time to Henry's choice for her: Viscount John Welles.

Cecily seems to have been devoted to making her marriage work, despite who she was partnered with, an attitude that was not atypical for the late 15th century. Welles was about twenty years Cecily's senior, but historical evidence would have us believe that they got along well enough. They had two daughters, both of whom unfortunately predeceased their father.

When Viscount Welles died in 1499, Cecily was left alone.

Rather than wait to discover who King Henry would pair her with next, Cecily made her own love match, just as her mother and grandmother had done before her. Information on her third marriage is hazy, but it took place in 1502 and caused more dire consequences than Cecily could have imagined.

She surely knew that the king would punish her and the common husband she had chosen, but it is doubtful that Cecily foresaw that she would fall into obscurity. Or maybe she simply did not care.

Cecily's third husband was a man named Thomas Kyme (sometimes Kymbe or Keme). The revelation of this marriage as written in Plantagenet Princess, Tudor Queen appears below. Henry never forgave Cecily for choosing to marry a squire, though she did receive some much needed assistance from her sister the queen, and the king's mother, Margaret Beaufort.

It would also be Margaret who would pay Cecily's funeral expenses when she died just a few years later in 1507, though her final resting place has been lost to time. She and Kyme did not have any children, but I hope that this York princess found the love she had been searching for. 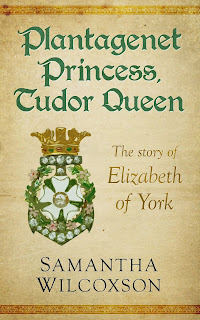 “Bess, I am married.”
Elizabeth gasped. It was the scene with her aunt Katherine being repeated before her eyes. It took her a moment in her current mental state to recover enough to respond. “God’s blessings to you and your husband. Who is he?”
“Oh, thank you, Bess! He is wonderful, and I hope that the king will agree. His name is Thomas Kyme, and he is . . . . well, he is a squire.”
Elizabeth smiled her first real smile of the day. Cecily may have had poor Ralph Scrope torn away from her, but she would have her common husband. “And you are in love?”
“Madly!” Cecily’s glowing face and wide grin attested to the truth of it.
“I will, of course, speak to Henry on your behalf, though he may curse the Woodville women’s habit of marrying for love. I would suggest that we also speak to my mother-in-law that she may take up your part. She has always been somewhat partial to you, respecting you for your boldness.” At the mention of the lady Margaret, another thought occurred to Elizabeth, one that made her blood run cold but she had to push it aside for the moment.
“Thank you, Bess! And God bless England’s most wonderful queen!”
Elizabeth waved away Cecily’s exuberant appreciation. “Henry may not be in the mood to be overly generous, mind you.”
“I do not care,” Cecily said firmly. “As long as my marriage is left intact, he may take whatever he desires.”
Henry did. Though Cecily was allowed her Linconshire squire, he confiscated her estates.