The Giving of Gifts

Gift giving is a significant part of a modern Christmas celebration, but where did it come from? The annual giving of gifts is a tradition that has evolved through the ages to bring us to our highly commercialized holiday. 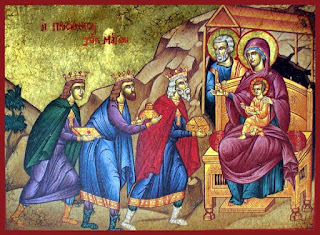 For Christians, the tradition of giving gifts is often thought to have been put in place by the Magi who brought prophetic gifts to the baby Jesus. However, the early church did not immediately adopt this habit, partly to differentiate themselves from pagans, who had long been giving gifts to each other as part of the winter festival of Saturnalia.

Gift giving has always taken place to some extent, but the extensive level of gift giving that we have grown used to did not begin until the 19th century, when mass produced goods became inexpensive enough for most people to afford purchasing gifts. Even as recently as the early 20th century, practical and homemade gifts were very popular.

Culturally, the giving of gifts has often gone hand in hand with an expectation of receiving something in return. During the medieval era, gift giving was largely limited to the rich nobility. Gifts of tapestries, gold and silver plate, and other exotic items would be exchanged between those in power as they negotiated treaties and betrothals. King Henry VII gave gifts of jewels and cloth-of-gold to his queen, Elizabeth of York, and an inscribed Book of Hours to his daughter, Margaret. However, these gifts were not given on December 25th. Preferred gift giving times were New Year's Day and special occasions, such as weddings and children's baptisms.

In addition to giving to those who could reciprocate, people of the middle ages gave gifts to the church and to the poor. Some of these gifts were purely charitable, but it was also believed that gifts of this sort helped reserved one's place in heaven and reduced time spent in purgatory. Gifts to the church were also made as part of people's last will and testament . . . just in case. 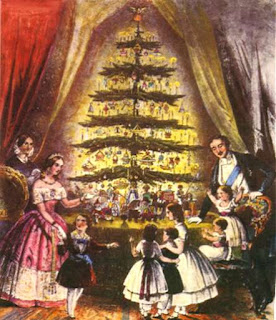 Many of our most familiar Christmas traditions - decorating trees, giving gifts, and singing carols - were popularized during the Victorian era. Images of Queen Victoria and Prince Albert next to an elaborately decorated tree took this German tradition worldwide. And what could look finer surrounding such a beautiful tree than elaborately wrapped gifts?

The desk that 140 years of US Presidents have sat behind in the Oval Office was a Christmas gift from Queen Victoria. Made from timbers of the British ship the HMS Resolute, the desk is one of the many historic Christmas gifts found in the White House and National Archives. Each President has also been challenged to give gifts to foreign rulers that match the creativity and value of what is received.

And you thought it was difficult to shop for your mother-in-law.

Christmas gift giving continues to evolve. In this age of abundance, many charitable organizations urge people to donate instead of purchasing gifts for friends and family who don't really need anything. Groups come together to purchase items for families in need or to perform acts of service. And we buy LOTS of gifts. The National Retail Federation estimates that over $465 billion will be spent on Christmas gifts this year, proving that this tradition isn't going anywhere.

As a small Christmas gift for my readers, I am offering the short story, Farewell to Anne. It is a snippet of Plantagenet Princess, Tudor Queen from King Richard III's point-of-view. Happy reading and a very blessed Christmas to you all! 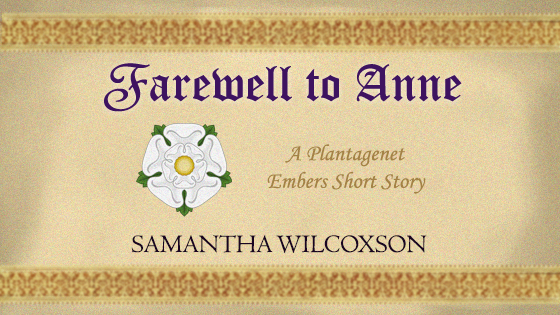 Posted by Samantha Wilcoxson at 4:00 AM 5 comments:

Cause of Death: Radium Poisoning 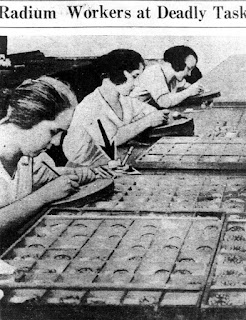 On September 12, 1922, a twenty-four year old woman died in her home. The tissue of her mouth, jaw, and throat had disintegrated so thoroughly that she bled out while her horrified family helplessly looked on. For months, she had been visiting doctors and dentists, searching for a solution, or at least a diagnosis. No one could help Mollie Maggia. She deteriorated quickly and died a horrible death.

Unable to determine what had plagued her and unwilling to investigate the idea that it might have had something to do with her work as a dial painter, the coroner listed Mollie Maggia's cause of death as syphilis. Mollie's family not only had to cope with grief, but they were burdened with the blackening of Mollie's name.

Then, on June 3, 1923, Helen Quinlan died in her home. She was twenty-two and had suffered from a raging infection in her mouth, jaw, and throat.

Irene Rudolph died on July 15, 1923. She was twenty-one years old and suffered from jaw necrosis.

Each of these girls lived in Orange, New Jersey, and worked at US Radium Corporation.

During the 1920s, hundreds of products containing radium were sold. The element, recently discovered by the Curies, was considered magical. Products claimed to cure cancer, clear skin, and improve digestion. At US Radium Corporation in New Jersey, young women worked as dial painters, tracing the digits on watches and clocks with radium infused paint so that they would glow in the dark.

Since radium was believed to have health benefits, little control was exercised over the use of radium paint. The girls would paint their nails and use it like makeup. Their dresses would glow in the evening from the dust that settled on them while at work. When applying paint to the tiny watch faces, the girls would create a fine point on their brushes by placing it between their lips. 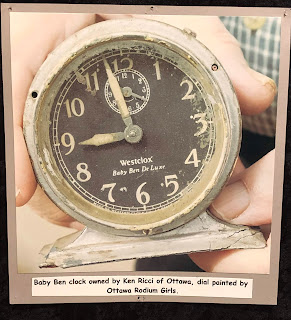 The radium consumed by the dial painters was absorbed by their bodies like calcium, where it attacked their bones and infected them with an incurable radioactivity. Women continued to die of complications of jaw necrosis. Others suffered from cancerous tumors or disintegration of the bones in their limbs and spines. Dozens suffered before radium poisoning was recognized as their cause of death.

These women's deaths began a crusade to end worker exploitation and hold employers responsible for putting employees' lives at risk. Significant changes in workers' compensation laws were made and OSHA was created. Greater caution was used in handling radioactive materials, protecting the scientists who developed nuclear weapons during World War II.

Five years after her death, Mollie Maggia's body was exhumed, glowing with radiation, and her name was cleared. Cause of death: radium poisoning. However, it was too late to save her sisters, who had counted themselves lucky to obtain high-paying jobs at US Radium Corporation alongside each other. Mollie's sister, Quinta, died of a leg sarcoma in 1929, as did another sister, Albina, in 1946. 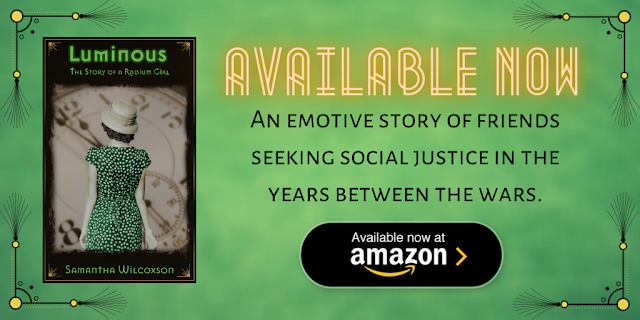