Was Queen Mary advised by a heretic?

The reign of Queen Mary I is best known for her attempt at counter-reformation in England. Since we have the benefit of knowing that it did fail, it is easy to look back and wonder how she believed it could succeed. Yet at that time, Mary was able to take the crown that was rightfully hers through great popular support for her and her religion. Her partner in bringing the 'true faith' back to her kingdom was her cousin, Cardinal Reginald Pole.

Reginald Pole was the son of Margaret Pole Countess of Salisbury who had served as Mary's governess. Margaret and Mary's mother, Queen Catherine, had been close friends and may have hoped that Reginald could be a potential suitor for the princess, but her father had other plans for her. In the meantime, Reginald grew up provided with the best education money could buy through the support of Kings Henry VII & VIII. By the time Mary became queen in 1553, Reginald was known as a great scholar and only his refusal to campaign on his own behalf had prevented him from being elected pope in 1550.

Instead, he returned to his homeland to assist Queen Mary in putting her religious house in order. Mary was a staunch Catholic. It was one of the things that had driven a wedge between her and her father and siblings. She assumed, of course, that the good Cardinal was of one mind with her in all church matters, but there was much more to Reginald Pole that met the eye.

The words of Matthew 10:16 were favored by Pole. He had them painted on a window when he lived in Lambeth Palace, and they appear on his tomb.

Be as wise as serpents and as simple as doves.

This line reveals a bit about the deep-thinking man who was more willing than most leaders of the Catholic Church to consider the arguments of the reformers. Reginald was devoted to rooting heresy out of England, but this did not necessarily mean to him what it meant to his queen. Like some men who were persecuted as heretics, he believed that Catholicism should be reestablished free of the corruption that had lead to the Reformation.

Pole discussed religion with learned men throughout Europe from Thomas More to Niccolo Machiavelli. He was a friend of Michelangelo and Contarini, another Cardinal famous for wishing to be reunited with Lutherans. By reformers, Pole was considered a Papist but he later came under investigation by Inquisitors who called him a secret Lutheran. Pole's writing frequently seems to favor the Lutheran doctrine of justification through faith alone, and he scandalously proposed that church leaders should lead by example and bear the church's burden rather than setting themselves higher than their flock. He believed in a personal relationship with God, not solely through membership of a church, stating that all people are brides of Christ, not just the Catholic Church. These fine lines may seem insignificant to us today, but in the 16th century men had burned for less.

Yet Pole was a highly respected leader of the Catholic Church and was sent to bring England back into the fold. He believed in faith, discipline, and charity, but he also believed that it was vital to put a stop to heresy before it could spread and lead people to eternal damnation. This is what made him the ideal person to cope with the situation in Marian England.

While Pole had defended the right of Protestants to have their views heard, he also supported meaningful debate and edifying conversation that would (hopefully) end with all parties agreeing upon the truth. This gentle easing of people to faith was just what was necessary in a country that had been enduring religious changes - and not all for very religious reasons - for two decades. His position in England is also likely what saved him from more drastic encounters with the Inquisition. He was able to defend himself in writing while emphasizing that his continued presence was required in England.

He was nothing if not clever.

Pole's belief that all heretics should be given the opportunity to hear the truth and be healed before they were condemned coincided well with Queen Mary's merciful character. While we may know her as 'Bloody Mary', her council often accused Mary of not taking decisive enough actions against her enemies. The burning of heretic leaders, those with the most power to lead others astray, did not begin until 1555. As was the case with every previous English monarch, heresy was considered akin to open rebellion.

Pole advised the English clergy 'to entreat the people and their flock with all gentleness and to endeavour themselves to win the people rather by gentleness than by extremity and rigour.' Bonner thought Pole was too lenient and found his positions on heretics disappointing. This paints a very different picture of the counter-reformation than has been brought to us by Elizabethan chroniclers.

By the end of 1558, when Reginald and Mary both died on the 17th of November, 284 Protestants had been burned for heresy. Pole felt treatment this harsh should be reserved for only the worst of criminals, those who did not only privately practice heresy but actively spread it. Reunification and peace were his goals, but he had run out of time to see those objectives reached.

But was Reginald Pole a heretic? Ironically, those on both sides of the 16th century religious debate accused him of being one, which just might make him a man who understood men and faith better than any of his accusers.

Reginald Pole: Prince & Prophet by Thomas F Mayer
The First Queen of England by Linda Porter
Posted by Samantha Wilcoxson at 10:31 AM 2 comments: 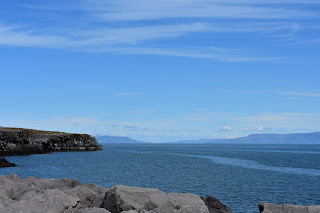 My family's recent European vacation started and ended with layovers in Iceland. Admittedly, I knew little of Iceland's history when these flights were booked, but I love to learn about new times and places so this was a great opportunity.

These layovers are actually a small part of Iceland's recent history. Icelandair offers cheap flights to Europe with 1-7 day layovers at the Keflavik airport in order to boost the country's economy and increase tourism, and from what I could see it is a great plan. We used our 17 hour layover to visit the world famous Blue Lagoon, but there are plenty of other attractions including Reykjavik, glacier tours, volcano tours, and the continental divide. If you visit at the right time of year, you can enjoy breathtaking views of the Northern Lights. 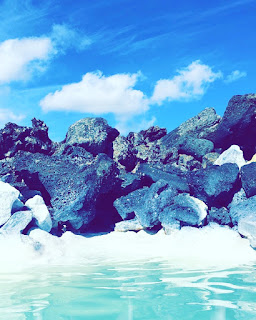 Despite its frigid moniker and far north location, Iceland's climate is not much different than the New England states. This is due to the same favorable gulf stream that keeps the UK more moderate in weather than Canada and other similarly far north regions. One important difference is the hours of sunlight, which are short in the winter and extraordinarily long in the summer. During our night there in mid-July, we saw something of an extended sunset that never became full dark. 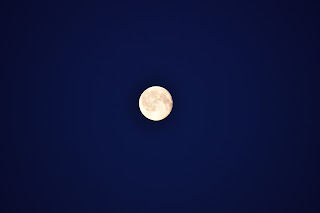 Iceland's history begins with visits by Vikings (and those running from them), as is evinced in the Icelandic language. It's history as an independent country began relatively recently with separation from Denmark in 1944. There may be fewer people living in all of Iceland than in many US cities, but it still has a surprisingly deep history. 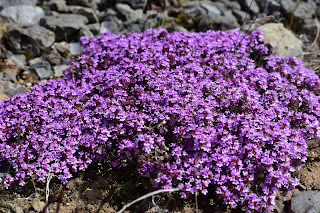 The Icelandic Parliament called Althingi has existed since 930, making it one of the world's oldest government institutions. It has endured through the era of local chieftains, Norwegian rule, and under the authority of Denmark. Today, it is made of of 26 members, 20 elected and 6 appointed. Through the centuries, it has operated as an open assembly, high court, legislative body, and mediator between the people of Iceland and foreign rulers.

Since Irish monks fled to Iceland in an attempt to outrun Viking invaders in the 9th century, Iceland has endured less battles for power than most European countries. One of the few invasions that has taken place was by the British during World War II when they were afraid that Germany would take the island and use it as a launching point for attacks on the UK. Iceland's greater tragedy was when the Laki volcanic fissure erupted over several months from 1783-1784. With crops and livestock decimated and several thousand people killed, evacuation of the island was considered.

A famous Icelander you have probably heard of is Leif Eriksson, who likely deserves more credit than Christopher Columbus for 'discovering' the Americas. In fact, it is possible that Columbus visited Iceland in 1477 and learned of the previous trip. Did Eriksson sail off course on his way to Greenland, discovering North America but never getting any credit for it? Probably. Apparently, Columbus was great at both exploring and marketing. 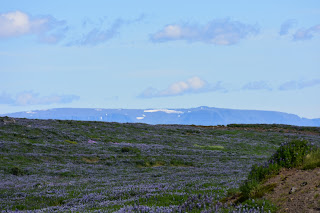 Today, Iceland manages to somehow be both barren and beautiful, with a sky that seems larger than at home and water of clearest blue. It is rocky and harsh terrain but is wonderfully untouched. If you get the opportunity to see a bit of Iceland, don't miss it. Don't be afraid to rent a car - the roads are blissfully free of traffic and they drive on the right.  ;-)

Posted by Samantha Wilcoxson at 9:08 AM 2 comments:

From the Scriptorium: July 2017 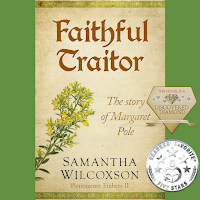 Faithful Traitor is on its way in audiobook format!
Comment below for a chance to win a FREE Audible code!

I am beyond excited to have my Margaret available on Audible and hope that you enjoy her story as read by the lovely Rachael Baresford.

Margaret Pole overcame great diversity in her life only to meet her end as a traitor under Henry VIII. I hope that you will enjoy listening to her story. It is also available in paperback and Kindle. 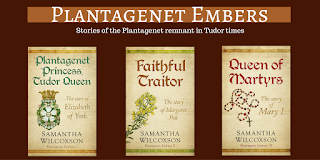 Queen of Martyrs has received a wonderful review from book blogger Rebecca Hill.

Faithful Traitor is summed up nicely by this Amazon UK reviewer.

Plantagenet Princess, Tudor Queen was recently featured on Tudors and Other Histories.

Want to see your review featured? Leave a link in the comment below or drop me a private message.


Did you miss it?

This past month was very busy for me personally with my oldest son graduating from high school and the five of us leaving for a tour of Europe, but I did get this excerpt from Queen of Martyrs posted!

The Spanish Rescue or When Mary Had Her Chance to Flee

You are also invited to comment on the identity of the mysterious Margaret Keymes mentioned in the will of Katherine Gordon. Was she the daughter of Cecily of York? Did Katherine intend to suggest her belief that Perkin Warbeck was truly Richard of York by mentioning Margaret in her will? Add your voice to the discussion.

I look forward to posting some great new Historic Places articles when I return home. Where is your favorite place in the world to visit?