The Fate of Kings and Its Relevance to Our Times 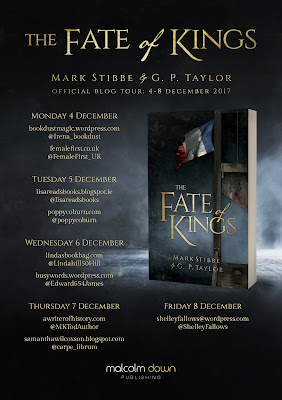 I am excited to welcome Mark Stibbe to my blog today to introduce his new release, The Fate of Kings. Studying history is a passion of mine that I can see Mark shares. His novel may take place in the late 18th century, but it is easy to see how the themes are applicable to modern times. As President Harry S Truman once said, 'The only thing new in the world is the history you don't know.' Are you wondering how the era of William Pitt the Younger might give insight to the politics of today? Read on. 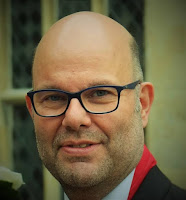 
The setting of The Fate of Kings in many ways couldn’t be more topical. The story focuses upon a fictional Vicar, Thomas Pryce, who becomes enrolled in the nascent British Secret Service, formed in 1793. That year had many parallels with our own unsettling times.

In the winter of 1792, the parliament of William Pitt the Younger was faced with issues related to immigration and terror. Thousands of refugees were pouring into Britain, escaping from the guillotine in France. In December of that year, four thousand emigrés entered the country, appalled by the massacres and decapitations in the cities of their brutalised nation. Britain welcomed these men, women and children with open arms.

However, as it turned out, peoples’ arms were a little too open.

Pitt soon realised that among these legitimate fugitives were French agents and assassins, hell-bent on destroying the foundations of British society. He rushed through an Act of Parliament at the start of 1793 (the Alien Act), designed to filter the wheat from the chaff. He also set up the Alien Office under William Wickham. This created a network of urban magistrates tasked with identifying and interrogating suspected terrorists among the desperate fugitives. Pitt even had Habeas Corpus suspended for a while so these potential Terror-ists could be held longer and questioned more rigorously. This is interestingly what formally launched the British Secret Service.

The first of the Thomas Pryce adventures, The Fate of Kings, is set within this turbulent time. Pryce, the newly enrolled (fictional) Vicar of St Leonard’s Upper Deal, is ideally suited to become an agent. Not only does his life as a clergyman provide a perfect cover, his ability to speak French fluently makes him a most unusual and accomplished asset.

This doesn’t mean that Pryce and his spymaster William Wickham go to work in an unquestioning way. Pryce faces a faith-eroding dilemma during the first story. On Sundays, in his public role, he declares the Ten Commandments, including ‘Thou Shalt Do no Murder.’ In the week, in his private and secret role, he finds himself in predicaments where he must choose whether to kill French assassins, intent on great evil.

Wickham too wrestles with major ethical issues – issues to do with the freedoms that the British public has been used to, and the restrictions that now must be employed in the interests of national security, especially when the terror caused by massed decapitations threatens to reproduce the equivalent of the French Revolution in London and throughout Britain.

As in the 1790s, today we face the same kinds of dilemmas that caused such radical action on the part of Wickham and Pitt. We too must learn to balance mercy with discernment, compassionate action with political decisiveness. Just as Wickham had to root out ‘the spy in our midst’, so we now find ourselves forced to identify and restrain the terrorists in our midst.

The times may be different, but the issues remain strikingly similar.

And The Fate of Kings gives us a unique opportunity to learn from the past and set the course for the future. 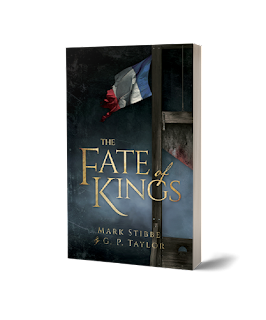 Purchase The Fate of Kings

Amazon US paperback or Kindle

Amazon UK paperback or Kindle
Posted by Samantha Wilcoxson at 5:00 AM No comments: