Those of you who admire Charles Brandon will love this new release from Tony Riches! Learn more about the courageous knight who was the best friend of King Henry VIII and dared to marry his sister, Princess Mary. 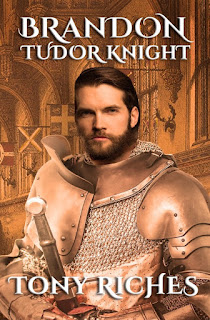 From the author of the international bestselling Tudor Trilogy comes a true story of adventure, courtly love and chivalric loyalty.


Handsome, charismatic and a champion jouster, Sir Charles Brandon is the epitome of a Tudor Knight. A favourite of King Henry VIII, Brandon has a secret. He has fallen in love with Henry’s sister, Mary Tudor, the beautiful widowed Queen of France, and risks everything to marry her without the King’s consent.


Torn between duty to his family and loyalty to the king, Brandon faces an impossible decision: can he accept Anne Boleyn as his new queen?


Available now on Amazon UK and Amazon US. 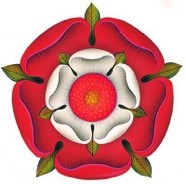 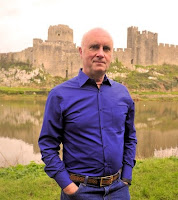 Tony Riches is a full-time UK author of best-selling historical fiction. He lives in Pembrokeshire, West Wales and is a specialist in the history of the Wars of the Roses and the lives of the early Tudors. Tony was a finalist in the 2017 Amazon Storyteller Awards and is listed 130th in the 2018 Top 200 list of the Most Influential Authors. For more information about Tony’s books please visit his website tonyriches.com and his popular blog, The Writing Desk and find him on Facebook and Twitter @tonyriches
Posted by Samantha Wilcoxson at 6:00 AM No comments:

When Henry VIII wrote his Defense of the Seven Sacraments in opposition to Martin Luther, he probably would have balked at the idea that the reformation would take root in England through his own actions. While Luther was a voice calling for an end of corruption in the Catholic Church, Henry split with Rome for reasons that were much more personal but no less far reaching. One wonders if Henry could possibly envision his quarrel with the pope resulting in England becoming a Protestant nation under his children. 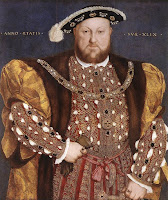 Henry VIII took his place on both sides of Reformation history. His essay disputing Martin Luther earned him the title Defender of the Faith. However, his 1534 Act of Supremacy made the king's word the highest in the land on matters of religion, cutting the pope out of the picture. Henry's Church of England was Catholicism without the pope. It was his insatiable need for authority that drove Henry's move toward Protestantism. Little did he know that the movement would carry on further than he ever intended after his death. 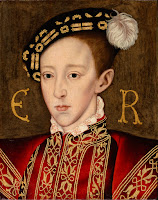 Edward VI became king at the age of nine and became a staunch Protestant. During his reign, Catholic mass was banned and a new Book of Common Prayer was written for Church of England worship. Priests were allowed to marry, while their vestments and churches were stripped of their elaborate splendor. Masses for the dead were no longer said, and veneration of saints was discouraged. Although these were significant changes, some reformers said Edward did not take them far enough. They wanted to see full Lutheranism or Calvinism adopted, while others held tight to their ancestral Catholicism. Edward did not live long enough to see an end to these issues. When he died at age fifteen, his older - and very Catholic - sister became queen. 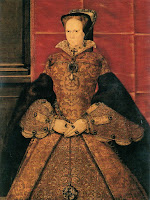 Queen Mary I quickly and decisively thwarted plans to make her Protestant cousin, Lady Jane Grey, queen in her place. Mary had the support of the people and immediately began reverting the country to Catholic worship. Relations with Rome were reinstated, and Edward's reforms were reversed. While some of Mary's subjects welcomed this counter-reformation, others pushed back. In the 16th century, monarchs were still determining how to cope with competing religions, and the idea that Protestantism and Catholicism could reside side-by-side was unthinkable, so Mary pressed on with her 'true faith' through sermons designed to teach about Catholicism, a return to traditional mass, and, eventually, the burning of Protestant leaders for heresy. In 1558, Mary died, leaving her work undone and her crown to her Protestant sister.

Elizabeth I proved a better politician than either of her siblings. She returned the country to Protestantism while claiming that she would not make religious decisions for her subjects. Instead of burning for heresy, Catholic priests were hanged, drawn, and quartered for treason. Since Elizabeth's reign was much longer than Edward's or Mary's, she is better remembered for other historical events and aspects of her reign. The focus on religion that Edward and Mary are known for was purposely downplayed by Elizabeth. Although she is the one less identified by her religious beliefs, Queen Elizabeth secured England's place in history as a Protestant country.
Posted by Samantha Wilcoxson at 10:36 AM 4 comments: