Death of the Last Plantagenet Princess

Like most of us when we hold our newborn baby in our arms, Isabel Neville would never have guessed at the future of her tiny daughter when she was born on August 14, 1473. The baby's name was Margaret, and she seemed to have a secure future as a Plantagenet princess. Her father, George of Clarence, was the younger brother of King Edward IV, who had successfully won the English crown for York.

Through much trial and tribulation, Margaret's life did not go at all as Isabel likely imagined, though she was kept from witnessing it herself. Isabel died in 1476, attempting to give George another son. Therefore, this proud Neville woman would not see her husband executed by his own brother for treason after he had plotted with her father to overthrow the king. This was the first in a long line of deaths and disappointments that would define Margaret's life.

After the death of her father and mother, Margaret and her 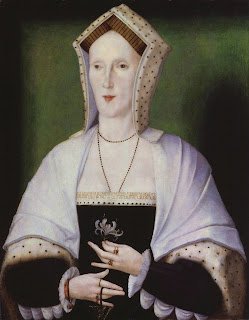 brother Edward of Warwick were left orphans in a volatile court. Following his brother in death after only five years, Edward IV had not put much effort into the raising of his brother's children. When his youngest brother Richard took the throne from his own son, the favor was returned in spades. Academics and armchair historians continue to debate the motivations and facts behind Richard's usurpation to this day, but little Margaret was 10 years old and floating in a churning political sea.

Two cousins, The Princes in the Tower, were lost to Margaret at this time, but she was housed with their sisters, the daughters of Edward IV. Included in this household was Elizabeth of York, who Margaret would go on to serve as a lady in waiting when Elizabeth married Henry Tudor. Margaret was quickly married off by Henry VII to a firm supporter who could be trusted to keep a former princess in line, Richard Pole.

Though Margaret was likely only 14 when this wedding took place, evidence indicates that it was a happy marriage and Margaret was probably thankful for the stability it brought to her life, despite it being a very different type of life than her mother would have envisioned for her. This happiness was relatively brief. Richard died in 1504, leaving Margaret with five children, the last possibly having been born after his father's death.

Margaret's life under Henry VII was calm if, at times, destitute, but his son, Henry VIII decided to raise her up. Made Countess of Salisbury in 1512, Margaret was shown the respect and given the riches that recognized the position she had been born into. While her sons were forced to carefully present themselves at court as not to be seen by Henry as rivals to the throne, she seemed to be in favor.

Margaret was named as governess to the Princess Mary, and stood firmly by her and her mother Queen Katherine of Aragon when Henry decided that it was time for a new wife to give him his longed for son. Margaret's sons were a torture to Henry just as Catherine Grey's sons would be to his daughter a generation later.

Henry, Arthur, Reginald, and Geoffrey managed mostly to please the king and keep him from feeling threatened by them, unlike the duke of Buckingham who was executed for treason in 1521. The Pole boys were careful not to point out their closeness to the throne and their royal Plantagenet blood.

However, Henry VIII was famous for seeing demons where none existed, and the Poles simply could not bring themselves to support Anne Boleyn or the reformation of the Church of England. By 1538, Margaret saw many members of her extended family arrested, including her firstborn, Henry lord Montegue. He was executed, along with his noble cousins Exeter and Neville, by the end of the year. Margaret and her youngest son, Geoffrey, continued to languish in prison. (Arthur had died around 1527.)

Geoffrey, the weakest willed of the strong Poles, was released after two suicide attempts. Was Henry merciful or could see that freedom and life were the harshest punishment to the boy who had given evidence against his older brother? Margaret was kept under house arrest for some time before being transferred to the Tower.

As Henry's failure to beget an heir and declining health caused ever increasing cruelty and mood swings, he took aim at the Plantagenet remnant that he felt sure had eyes on his crown. Reginald was forced into exile as his brother's small children were also taken to the Tower. Not a soul was bragging about Plantagenet blood now.

On May 27, 1541, this day 474 years ago, Margaret was woken in her Tower cell and informed that she would die that day. Henry had determined a need to clear the Tower of traitors and Margaret's continued longevity was rather inconvenient. The execution was kept quiet, for even Henry understood the poor reception his actions would receive. Margaret, for her part, is reported to have accepted her fate with royal dignity, even when the inexperienced axeman hacked ruthlessly at her head and upper body. Her painful and unnecessary death rid Henry of that generation of Plantagenets (his father had executed Margaret's brother Edward without cause), and his children would do their part to execute those that remained.

The bloody Wars of the Roses may have been long over for most families, but for the York remnant the fight for life and position carried on until the last Plantagenet princess, Margaret Countess of Salisbury, was executed by her cousin's son at the age of 67. In 1886, Margaret was beatified by the Catholic Church and became Blessed Margaret Pole. 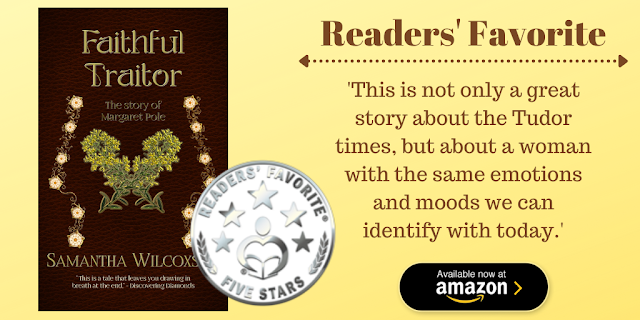 Posted by Samantha Wilcoxson at 9:53 AM