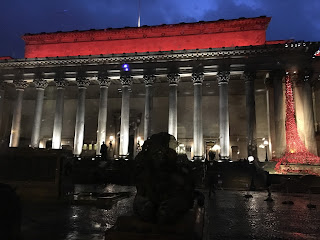 Compared to some cities in Britain, Liverpool may be relatively young. It is not listed in King William's Domesday book as a surprising number of modern cities are. The Liverpool and surrounding area is simply referred to as West Derby Hundred, a hundred being made up of 100 'hides' or the amount of land necessary to support a family. The Conqueror sent Roger de Poitou to provide Norman control over Liverpool and Manchester. His motte and bailey castle was sure evidence that the Normans had arrived in Derby. 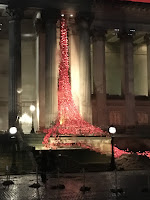 The city of Liverpool was officially founded somewhat later in 1207, drawing people from the surrounding countryside into the bustling market town. Little evidence is seen of this early settlement today. The wooden castle has long since disappeared, abandoned when King John issued the city charter. Liverpool is left with many street names that point to its medieval past, such as the Castle Street that used to lead to its namesake.

During the Georgian era, the muddy pool that gave the city its name was filled in to make room for greater industry. Anyone who lived there before the 18th century would certainly not recognize it today with gargantuan brick warehouses lining the Mersey and sprawling homes and businesses that caused the city population to grow to 15 times its size from 1700 to 1800. Shipping in the famous Triangle Trade filled Liverpool with a new class of wealthy merchants who built impressive Georgian mansions, many of which can still be seen today. Sugar brought in from the West Indies during this time led to a Liverpool doctor being the first to diagnose a well known modern disease: diabetes. 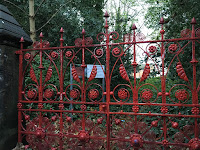 Adolf Hitler spent time in Liverpool before World War I, visiting his brother's family who lived there. He stayed long enough to be rejected by several of Liverpool's art schools and be advised by his sister-in-law to trim his mustache into the one we would recognize. Around 1913, Adolf's brother left his wife in Liverpool to join his brother in Germany. His wife took their son and immigrated to America, where he would later join the army in the fight against his uncle. Isn't history fun? 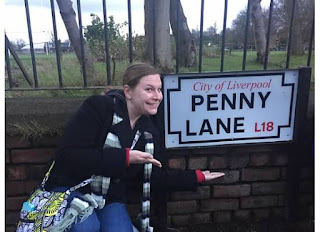 Anyway, back to Liverpool.

The Liverpool of today is an eclectic mix of old and new. Since more people tend to be interested in more recent pop culture than my own favored eras, you cannot enter Liverpool without hearing stories about the Beatles. We visited The Cavern, where the Beatles put on performances before their crowds grew far too large for the venue. A trip to Strawberry Field and Penny Lane were also on our touristy must do list. We even passed the shelter in the middle of the roundabout. (I couldn't help but wonder what all the local school children thought of buses filled with people stopping every day to take pictures with a street sign.) 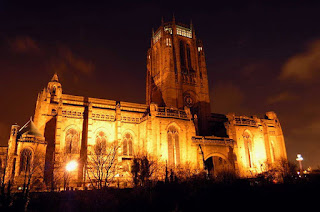 Before visiting, I did not realize that Liverpool is the home of the largest cathedral in Britain. It is a quite different structure than the medieval churches that come to mind when one thinks of cathedrals, though it is built in a throwback style. It is difficult to comprehend the scale of this enormous church, until you notice the people standing outside that appear ant-sized compared to the soaring cathedral walls. It was built between 1901-1978 in various phases as the congregation could afford construction. The result is breathtaking. We happened to be going by in the evening.

With only one afternoon to spend in Liverpool, we did a whirlwind tour and prepared to head for the Lake District.

Posted by Samantha Wilcoxson at 11:17 AM