The Quiet Strength of Elizabeth of York 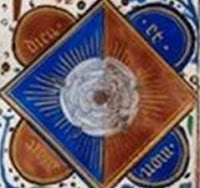 Elizabeth of York is a name that is not widely known outside of the circles of history enthusiasts. Those of us that know and love her recognize the importance of the decisions that she made and the role that she played, even if that role was one that left her in the background. Elizabeth's personal decision to choose peace and the greater good of her kingdom over personal glory and ambition was vital to England's future and was a form of self sacrifice that few of her ancestors had been willing to make.

The Wars of the Roses began due to familial infighting between the descendants of Edward III, each certain that they would be more capable of leading the kingdom but also hungry for the riches and power that the monarchy would bring them. Two child kings, Richard II and Henry VI, proved themselves unable to successfully rule or to hold on to their power in the face of violent enemies. Once Henry IV demonstrated that the throne was up for grabs when he deposed his cousin Richard, he set a dangerous precedent that would eventually end the Plantagenet dynasty.

When this happened and the last Plantagenet king was killed on the battlefield near Bosworth, Elizabeth of York was left as the York heiress betrothed to the conquering Tudor king. While one might argue that Elizabeth had little choice over whether or not to marry Henry Tudor, the decisions that she did make demonstrated her support of him and his claim.

She did not press her own family's claim. This may seem like a minor point at a time when women were expected to stay home and bear heirs, but it was far from the world that Elizabeth had been raised in. From the times that her family had to enter sanctuary due to the vicious forces of Margaret of Anjou to the political scheming of her own mother, Elizabeth Woodville, Elizabeth of York had not been raised to believe that royal women had no power.

Even if she did not wish to rally troops to herself, Elizabeth had a number of options besides submitting to a Tudor husband and mothering a new dynasty. We have no way of knowing what she believed to be true of her brothers at this time. Some believed them to be dead at the hand of her uncle, Richard III, and she does not seem to believe that she was usurping their position. Therefore, we will assume that she believed them dead. That still left Edward of Warwick, Elizabeth's cousin and son of George of Clarence, as the male with the most royal blood coursing through his veins. Unfortunately, he was young and his father had been executed for treason. That would not have made it impossible for Elizabeth to be more insistent upon his rights, but she was not - even when Henry had young Edward imprisoned within the Tower.

The de la Pole brothers, the oldest of which had been Richard III's heir after the death of his son, were also strong possibilities. In fact, John de la Pole did later rebel against Henry VII, but not with Elizabeth's support. She chose peace over rallying behind her York cousins and was committed to creating a thriving new dynasty that would largely forget about her.

Despite Elizabeth's efforts, the Tudor dynasty would quickly die out. Her infamous son, Henry VIII, shocked the world with his reformation of the English church, many marriages, and failure to leave a robust son to carry on his name. Would his reign have been the bloody tragedy that it became if Elizabeth had survived longer to train him in a quieter and more peaceful method of rule? His daughter, Elizabeth I, named for her grandmother and much more famous, would prove the final blow to the Tudor dynasty by refusing to marry or even name a successor for her crown. She left the kingdom ripe for civil war that her grandmother had worked so tirelessly to end.

Perhaps this Plantagenet princess who became a Tudor queen deserves a bit more credit for her quiet strength that saved England from more bloody battles for supremacy.
Posted by Samantha Wilcoxson at 10:40 AM