The Tudors: What keeps us coming back for more? 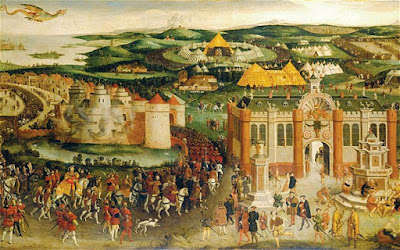 The Tudor dynasty lasted 118 years and ended over four centuries ago. Many interesting people have lived and events have taken place both before and after this relatively short-lived dynasty, so what is it about those Tudors that keeps us coming back for more?

By my count, there are approximately a gazillion novels and biographies written featuring the Tudor monarchs and their contemporaries. Yet each time a new book is released, I count myself among the millions who line up to eagerly consume it. Why?

I obviously have an interest in the Tudor era, though I must admit to have accidentally ended up writing about it. My first love is the Plantagenets. That quick-tempered, flame-haired bunch has a vast cast of characters and a long history, far exceeding that of the Tudors. Before the Wars of the Roses doomed them to extinction, the Plantagenets had ruled England for more than 300 years. It was when I took a closer look at one of the quieter Plantagenets that I found myself entering the world of the Tudors.

Elizabeth of York had so little written about her despite an incredible life story that brought her close to all the major players in the close of one dynasty and birth of another. How could I resist? And once I had immersed myself in Elizabeth's story, it was easy to see that her cousin, Margaret Pole, also was deserving of more attention.

Then one of my beta readers asked me if Queen Mary's story was going to be next.

What? No. I don't write about Tudors.

I have a few theories about what keeps people intrigued by the Tudors and how this writer has even ended up writing a (soon to be) trilogy featuring them without even meaning to. 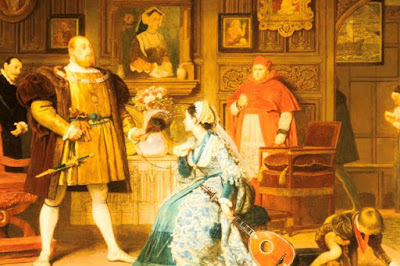 Strong men. Henry VII may not be remembered as a musclebound soldier, but you have to admit that it took some nerve to take on Richard III with outnumbered mercenaries in a country he was not well-known in. His strength was evinced in many ways as he made peace, put down challengers, and brought England to a better economic standing. No one would deny that the second Henry Tudor was a strong man who knew what he wanted and usually got it. I don't need to go into detail on this best known Tudor monarch who went through six wives and created an entirely new church to ensure that he would get his way. Less is known about Edward VI, but in his short life he demonstrated that he was his father's son, reforming the church drastically and attempting to subvert the law with his will regarding succession.

Strong women. Much of the drama of the Tudors arises because their women are just as strong in will and spirit as their men. The first two queens of England to rule in their own right were Tudor sisters, Mary and Elizabeth. Elizabeth receives all sorts of credit for refusing to share her rule with a man, but her older sister is often left in her shadow. The fact that Mary ruled at all is proof that she inherited strength from her parents. Those who put Jane Grey on the throne had not expected serious challenge from Edward's sisters, but they had underestimated Mary Tudor. She had been pushed around by her father all her life and was done being told she was unworthy. Her story has been less told than her sister's, so I plan on remedying that with my next book. Hopefully, many people will see that there is much more to poor Mary than false pregnancies and the burning of heretics. 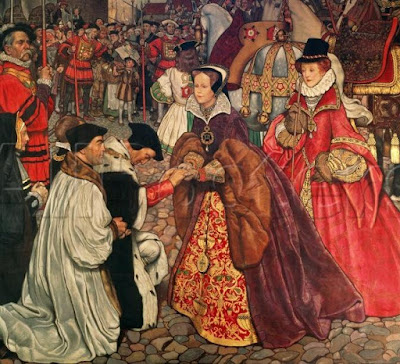 Truth better than fiction. All of history is filled with stories that are better than anything that I could make up, but the Tudor dynasty is practically endless tragedy, betrayal, and scandal that would seem implausible in a novel . . . except that it's all true. A nobody taking the throne, pretenders claiming that same throne, the struggle to bear a son, SIX wives, murder, war, female rulers, conspiracies, adultery......there is almost no fictional plot that I can think of that doesn't actually occur sometime between 1485 and 1603.

What-ifs. It doesn't need to be alternative history, though there is plenty of that, to explore the what-ifs that plague the Tudor dynasty. What if Arthur had lived, or Katherine had a son, or Elizabeth married? With all the astounding circumstances of the Tudor century, there is much for novelists to work with and gaps to be imaginatively filled in. Was Perkin Warbeck really Richard of York? Did Elizabeth secretly have a baby with Thomas Seymour? Was Mary ever really pregnant? Were Mary Boleyn's children fathered by Henry VIII? So many questions that we probably have the answers to, but we're not completely sure.

It comes down to drama. The stuff that makes the best entertainment can all be found in the Tudor dynasty, wrapped up in cloth-of-gold and occurring in fairytale palaces. The riches, the art, the personalities, and the almost unbelievable drama will always keep us coming back for more.
Posted by Samantha Wilcoxson at 3:12 PM