The Execution of Henry Pole

On January 9, 1539, Henry Pole was sent to his death by King Henry VIII. What was his crime? To a great extent, his crime was being the oldest son of Margaret Pole and brother of Reginald Pole. Looking to secure his shaky dynasty, King Henry had already executed one of his wives, so what was a cousin or two?

This pair of Henrys had not always had a bad relationship. On the second Henry Tudor's accession to the throne, he had raised up his Pole relatives in a way that his father had been afraid to do. Margaret and Henry were both given titles that had been held by her illustrious ancestors. She was made Countess of Salisbury and her oldest son was the new Baron Montague. Margaret's third son, Reginald, was noted by the king for his great intellect from a young age, and the king supported him in gaining the best education money could buy.

For a while, it seemed that the breach between the Plantagenet branches, which the Tudors still considered themselves one of, had been healed. Margaret enjoyed a close friendship with Henry's beautiful queen, Katherine of Aragon, and eventually served as governess for their first and, as it would turn out, only surviving child, Princess Mary. It was not until the king decided that this little girl could not possibly serve as his heir that things went sour.

As Anne Boleyn's star rose, that of Katherine and anyone close to her fell. Henry and Margaret were fairly successful at balancing their loyalties to their king and their church, even as Henry VIII reformed it to suit his own purposes. Montague served the king in several positions and went with him to make war on France. Unfortunately, there was one thing that Henry Pole could never make up for in the king's eyes: his royal bloodline.

While Margaret had never pursued a crown for her children, even when Queen Katherine had suggested that Reginald would make a fine husband for Princess Mary, the king's animosity toward extended family grew increasingly as his quest for sons failed. By 1538, when Henry Pole was arrested, the king had succeeded in siring only one infant son and he was currently without a wife since Edward's mother, Jane Seymour, had died shortly following childbirth.

In contrast, Henry Pole was a capable adult with brothers and sons and Plantagenet blood running through all their veins. Pole was accused along with his cousin, Henry Courtenay Marquess of Exeter, who also had a Plantagenet mother. In a case that has become known as the Exeter Conspiracy, they were found guilty of plotting to depose the king and put Courtenay in his place. 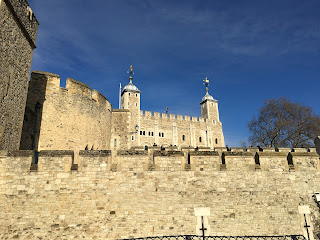 Geoffrey Pole, Henry's youngest brother, was imprisoned and tortured until he gave testimony against those accused in the Exeter Conspiracy. He attempted suicide on at least two occasions due to the heavy guilt he felt for betraying his family, especially his brother. Letters written by Reginald Pole, by that time a cardinal and safely distant from Henry VIII's reach, were also used as evidence.