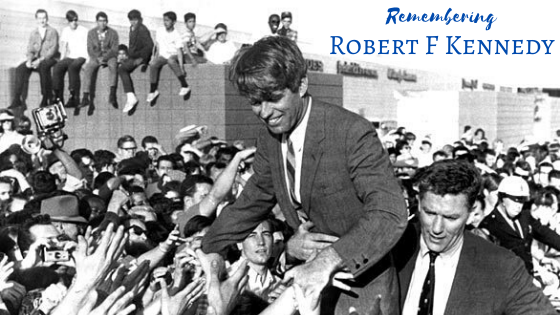 Robert F Kennedy was a liberal democrat with a remarkable skill for understanding problems plaguing the poor. However, he did not believe that welfare payments were the most effective solution, especially because of the way payment calculations discouraged family unity. With single mothers able to receive higher payments than households where the husband was present, RFK was concerned that the government was incenting family disintegration. Kennedy believed the better long term solution was to create comprehensive programs specific to and led by localities rather than the federal government.

Bedford-Stuyvesant is the best example of Robert Kennedy's work in this area. Through this project, RFK was able to put his ideas to the test. He believed that it was better to provide people with jobs than government hand-outs. He believed that the best way to improve a community was by getting those directly affected involved with the changes. And he believed fervently in the value of education. The plan for Bedford-Stuyvesant touched all the bases and was a comprehensive strategy to improve the neighborhood from the inside out.

A neighborhood in Brooklyn, "Bed-Stuy" was impoverished by the 1960's, but few besides Robert Kennedy took much notice. High unemployment and crime combined with racism and failing school districts to create a neighborhood awash in poverty and hopelessness. In February 1966, RFK paid Bedford-Stuyvesant a visit. At that time, approximately 450,000 people lived in the crowded neighborhood, 82% were black and 12% Puerto Rican.

Robert Kennedy was the junior senator from New York at the time, and some Brooklyn leaders doubted his sincerity. However, he quickly convinced those in the community that he understood their predicament and was there to help, not just for the photo-op. Within months, Kennedy had created a team with representatives from Ford, IBM, Welch's, and several other companies and organizations to tackle the issues Bedford-Stuyvesant was facing.

The team was bipartisan, including New York City's republican mayor and the senior senator from New York, republican Jacob Javits. The result of their collaboration was the Bedford-Stuyvesant Development and Service Corporation (now known as the Bedford-Stuyvesant Restoration Corporation). Kennedy stated that, “The program for the development of Bedford-Stuyvesant will combine the best of community action with the best of the private enterprise system. Neither by itself is enough, but in their combination lies our hope for the future.” RFK continued his involvement in the project until he began his 1968 presidential campaign.

Trash was cleared from vacant lots. Homes in need of repair were renovated, and affordable mortgages were made available. Space was cleared for community areas, and an empty milk bottling plant was made the new home of the Bedford-Stuyvesant Restoration Corporation. Through federal grants and business investments, legal help, tax preparation services, and work-study programs were made available. Residents were hired for restoration work, and a large majority of those workers found full time employment in construction when the Bedford-Stuyvesant project was complete. New businesses were opened by neighborhood residents, and employment rates slowly improved.

More than half a century has passed since Kennedy's initial visit to Bedford-Stuyvesant, and in that time the neighborhood has participated in its own revitalization. Although they have experienced inevitable setbacks, the results have included education programs, job training and placement, residential renovations, and an art academy. The revitalization effort improved the community while providing jobs. Because of the Bedford-Stuyvesant Restoration Corporation, residents of the neighborhood enjoy greater quality of life and increased self-sufficiency.

Thanks to its rows of historic brownstone homes and the decades of revitalization efforts, Bedford-Stuyvesant started to become a more desirable address in the 2000's.

Robert Kennedy was passionate about the success of Bedford -Stuyvesant and what that success might mean to other poor neighborhoods. He once stated that, "If I wasn't the United States senator, I'd rather be working in Bedford-Stuyvesant than any place I know."