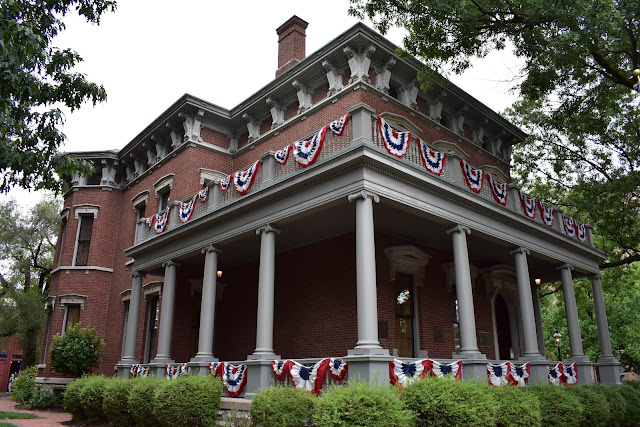 During a recent weekend in Indianapolis, I was thrilled to stumble upon this gem on the north side of downtown. I'll be honest, I didn't even realize that President Benjamin Harrison was from Indiana, so this was a fascinating visit! 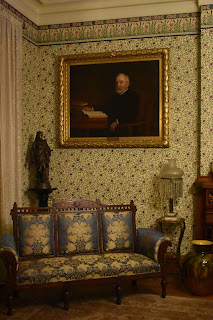 Benjamin Harrison came from a very political family. Besides his grandfather, who was our 9th president, his great-grandfather, Benjamin Harrison V was a signer of the Declaration of Independence. Therefore, he was practically raised with high office in mind, and few could have been surprised when he elected to be America's 23rd president. 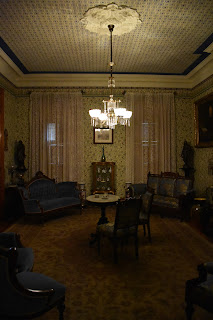 Before moving into the White House, Harrison practiced law in Indianapolis and built the home on Delaware Street. Today, it appears much as it did in the late 1800s with 80% of it's current furnishings originally belonging to Benjamin Harrison. Wallpaper, rugs, and other details have been painstakingly recreated to appear just as they did more than a century ago. 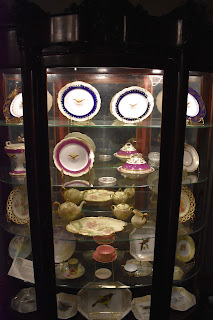 The dining table is set for ten and decorated with china painted by Benjamin Harrison's wife, Caroline. Her paintings are found throughout the home and are a testament to her skill as an artist. The front porch of the Italianate home served as Harrison's campaign stage after his presidential nomination. An estimated 300,000 people listened to him speak as they crowded in to the yard for one of the dozens of speeches Harrison gave from his home. 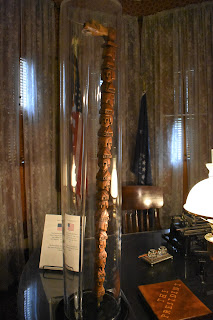 Some of my favorite items in the Benjamin Harrison house included a hand carved walking cane that features faces and names of each of the presidents that served before him, a gorgeous glass doored bookcase holding Harrison's books, and the nursery containing two cribs that served as beds for future presidents. In the ballroom, which would have taken up the entire third floor in Benjamin Harrison's day, an exhibit is dedicated to the cause of women's suffrage. Since fair elections and the right to vote were key issues to Benjamin Harrison, this exhibit is one of which he would be proud. 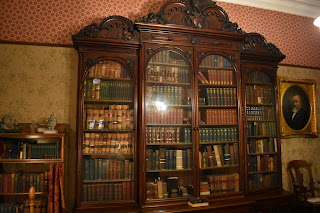 While he was undoubtedly pleased to have served his country as president, Harrison believed that achievement was secondary to his time as a Brigadier General of the US Army during the Civil War. He did not have military experience, but his skill as a disciplinarian, courage in the face of danger, and desire to serve his country made up for it. As president, he ensured fair treatment of Civil War veterans. He also strove to protect the voting rights of blacks, especially in the South where great efforts were made to prevent them from exercising this right. 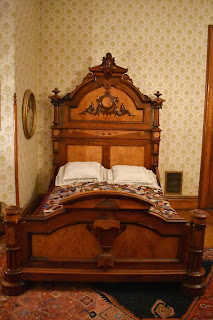 Benjamin Harrison also served as president during an epidemic. Cholera spread from Asia to America in 1892 and could leave a person devastated by dehydration within hours. A 20 day quarantine was enacted for immigrants arriving in New York, and citizens were encouraged to self-isolate. Sadly, since cholera deaths were significantly limited to poor immigrants, little attention was paid to the tragedy. It was also downplayed, ironically, due to the upcoming election. 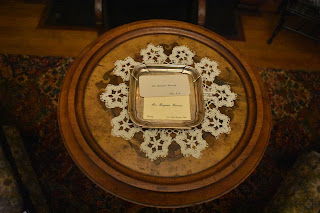 When Harrison returned to Indianapolis, he married his second wife, Mary. Caroline had died during his time in office, and Mary was her niece. This caused a bit of a family scandal, but the couple was happy and welcomed baby Elizabeth in 1897. Harrison died just 4 years later, and Mary soon left Indianapolis for New York, leaving the houseful of presidential furnishings stored away in the attic for them to be discovered decades later. Visit the Benjamin Harrison House in Indy and feel just as though you have stepped back in time.
Posted by Samantha Wilcoxson at 12:00 AM