I'm excited to introduce a new guest to the blog today! Jayne Zanglein is the author of The Girl Explorers, scheduled for publication in March 2021. She is here to give us a sneak peek into the lives of the remarkable women she has researched. 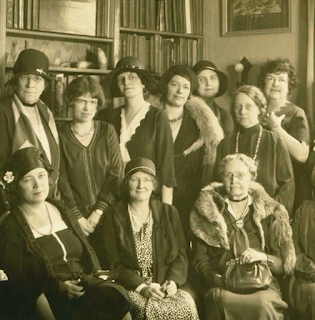 In 1925, four women explorers had an “indignation meeting” over tea. They spoke of their outrage at reporters who ignored their work while they praised men’s work. They also complained that they were banned from the all-male Explorers Club when they qualified in all respects except one: gender.

Blair Niles circumnavigated the globe with her husband in 1910 on the trail of pheasants. After her divorce, she became an expert on Latin America. She visited Haiti to report on the demoralizing effects of the American Occupation on Black Haitians, who had ruled the country since its liberation in 1791. She became the first woman to interview French prisoners on Devil’s Island, the penal colony off South America’s coast. In 1931, Blair exposed gay profiling by Harlem police.

Marguerite Harrison was a society reporter for the Baltimore Sun when World War I broke out.  She asked the newspaper if she could cover the war in Europe. The Sun refused to send a woman, and so she convinced the US government to send her to Russia as the first female spy.

The KGB caught and imprisoned her. After she was released, she accompanied 50,000 Bakhtiari nomads and a film crew on a seven-week trek across Persia as the tribe guided its livestock—a half million cows, horses, goats, and sheep—to winter pastures. The movie was the nation’s second ethnographic film.

Gertrude Emerson Sen was the first woman to interview Mahatma Gandhi. He helped her find a village where she could live while she studied India. Gertrude spent most of her adult life in India, working as the editor of Asia Magazine.

On a snowy afternoon during tea, these four women decided to form an organization to address one of the most pressing difficulties they faced: isolation. Usually, they were the only woman on an expedition. When they returned home, they craved the companionship of other women travelers. The organization would allow them to share their experiences with other women.

The founders established the parameters for the new club. First, they wanted to attract an eclectic group of women. They agreed that the association’s name should reflect the diverse nature of its members. They decided on the Society of Woman Geographers because it was flexible enough to encompass explorers, scientists, anthropologists, geographers, ethnographers, writers, mountain climbers, scientific artists, and ethnomusicologists. Second, they only would invite women who had published books that enhanced the world’s store of knowledge about the countries they had visited. Marguerite Harrison summed up the group’s exclusive nature: it would include “only women who have really done things.” Third, the primary purpose would be social. 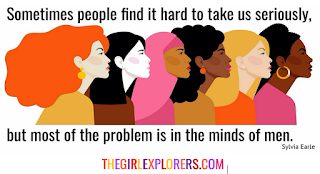 When it came to selecting a president, the choice was obvious: Harriet Chalmers Adams, who was on a quest to visit every nation or territory that had once flown the flag of Spain. Not only did Adams have an excellent reputation as an explorer, but she was an outspoken feminist who attracted the attention of the press. She criticized men who skulk about in “their hide-bound, exclusive little explorers’ and adventurers’ clubs afraid that some mere women might penetrate their sanctums of discussion.” When a reporter asked her why men dominate exploration, Harriet claimed to be at a loss to understand the phenomenon. “I’ve wondered why men have so absolutely monopolized the field of exploration. I’ve never found my sex a hinderment; never faced a difficulty, which a woman, as well as a man, could not surmount; never felt a fear of danger; never lacked the courage to protect myself.” As a war correspondent for Harper’s Magazine during World War I, Harriet had been “in tight places and had seen harrowing things.” She scoffed at the idea that women are more prone to injury than men: “That sounds like rather a stupid notion.” 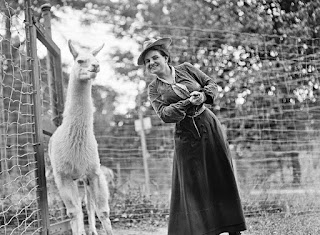 When Amelia accepted her invitation to join the Society, she demurely replied, “I am very much honored but doubtful of my qualifications. However, if the other members will bear with me a while, I’ll try to make up the deficiencies.” Then she broke Charles Lindbergh’s trans-Atlantic flight record.

The organization is still in existence today, with more than five hundred members. Contemporary members include marine biologist Sylvia Earle and primatologist Jane Goodall. Mountaineer Arlene Blum explains that the Society publicizes members’ accomplishments because although the women “do such wonderful things, they are so apologetic. They say things like, ‘Well, I didn’t do anything much this summer. I just visited the pygmies and was kidnapped.’”

My book, The Girl Explorers, tells the story of these remarkable women and how they widened the world’s understanding of culture, race, sexuality, and gender, especially of marginalized peoples. They broke through barriers so that future generations could carry on their important and inspiring work.

Jayne Zanglein’s book, The Girl Explorers, is scheduled for publication on March 2, 2021. Until then, you can read more about the founding members of the Society of Woman Geographers on her blog, thegirlexplorers.com. Connect with Jayne on Facebook, Instagram, or  Twitter.