A Perfect Setting for Murder: Guest Post by Lizzy Drake

I have often wondered how mystery writers are inspired to create their stories of twists, secrets, and suspense. Of course, I especially love a good historical mystery, so I am excited to welcome Lizzy Drake to my blog today to explore historic Framlingham Castle. It serves as the backdrop for her upcoming Tudor era novel, The Raven's Corpse. She is also the author of A Corpse in Cipher, the first of the Elspet Stafford Mysteries. Welcome, Lizzy! 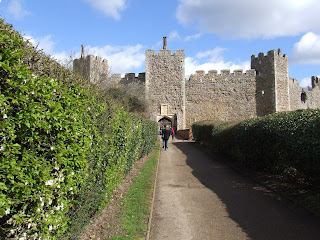 It was many, many years ago when I first visited Framlingham Castle in the county of Suffolk, England and even on my first blustery winter visit, wrapped tightly in my hooded jacket and standing on the upper level to get a better glimpse of the Tudor chimneys, I was smitten. Little did I know that it would end up being a backdrop for Tudor murder in one of my historical fiction books to come. The castle has a beauty and mystery immersed in poignant historic events, a place entwined with the Howards, the most powerful family in Tudor England and many of its queens, and the safe keep to which Mary Tudor (later to be known by the unfortunate nickname of Bloody Mary) fled when attempting to claim her throne when the supporters of Lady Jane Grey were in hot pursuit. 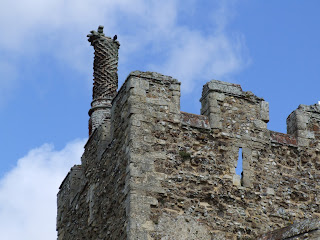 For those familiar with their historic sites, Framlingham Castle is West of Leiston Abbey and East of Bury St Edmunds and, as mentioned before, the family seat of the Howards; the family reputably responsible for seeing Anne Boleyn to the throne as well as her cousin Katherine Howard. Both lost their heads, as did many within the Howard family, but the 3rd Duke of Norfolk, the powerhouse behind the uprising and downfall of the two queens, managed to escape with his head intact, even after being sentenced (for a later plot long after the Howard queen was chopped). Some would say he was the biggest snake ever to slither near Henry VIII's court, while others might say he had a deal with the devil. 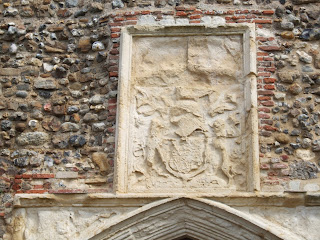 When visiting Framlingham Castle, one must go through the village first and even with the few modern shops, tea rooms and cars jostling to find ways through the medieval streets, the feeling of stepping back in time begins to take hold. Park in the designated car park or off street, the entrance to the castle is still breathtaking. A wide 'street' bordered with a well trimmed hedge greets tourists and locals alike and through the gatehouse, with the Howard coat of arms barely visible through the battering of the elements above the portcullis, the person can almost see back through time. 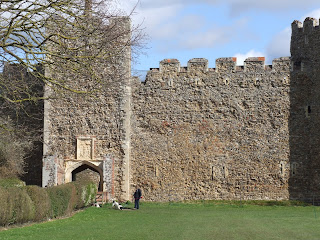 The castle itself was built in the 12th century by the Bigod family and passed through the Brothertons, Mowbrays, and finally to the Howard family who inherited it in 1483. When the family was back in the good graces of the Tudors (it did take them a bit of time to recover, having been supporters of the Yorkist cause and it wasn't until after the battle of Flodden when they regained their footing as supporters of Henry VIII and his late father). The Howards had lost some title and slowly regained their family place as Earl of Suffolk and Duke of Norfolk. It was the 3rd Duke of Norfolk who had his hand in the Boleyn case while it was the 2nd who knew his battlefield well enough to be too valuable to dismiss fully from court. The Tudor chimneys are an example of some of the many changes the family made to the castle after their position and title had been reinstated and there are many of them. 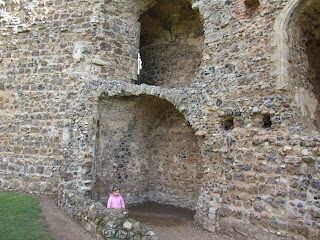 The castle has a deep 8metre inner ditch that some might assume to have been used as a moat, but this was never the case – it was a defensive ditch to help protect from attack and one of the reasons it was used as Mary Tudor's place of defensible safety. The inner structures are mostly gone, but the building's archaeology can be seen in evidence of where pitched roofs (such as in Tower 6) where accommodation once was, and of course, the open levels of many fireplaces. Walking in the inner courtyard is like standing inside a giant wedding cake that had been cut out only in the centre but step inside the gift shop and visitor centre (red house and lower court), there are some beautiful interpretations of the castle in Medieval time and Tudor. 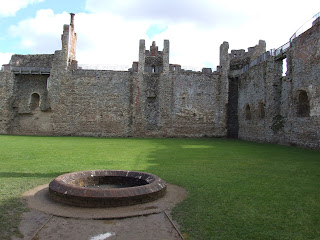 The history of the castle and the remains of the keep are well worth a full day's visit in itself, but there are walking trails around the grounds and if the weather is good, take a picnic and blanket and of course, a notebook because if you're a writer as well as a tourist, inspiration will strike in unexpected ways (the gift shop can provide you with an inkwell, ink and quill if you're stepping fully back in time, though a writing slope would be advantageous to have to hand, unless you've got a laptop, which I hear some find highly useful).

For myself, the castle is nothing less than a backdrop for a Tudor murder mystery, the second in my series of The Elspet Stafford Mysteries. It was the hidden museum within a museum, the Lanman Museum, which provided inspiration for the astrologer's tower and the dark man who predicted the Howard's rise to touch the throne in the form of Anne Boleyn. Pure fiction (the astrologer part) but oddly believable as Thomas Howard (future 3rd Duke of Norfolk) would have stopped at nothing to nestle his way closer to the king. Throw in a royal visit from Catherine of Aragon, the king's sister, Mary, and the reluctant sleuth Elspet Stafford, a poisoned astrologer who has been predicting things he shouldn't, those dark twisty turrets and chimneys no longer appear as safe as they did on the tour. 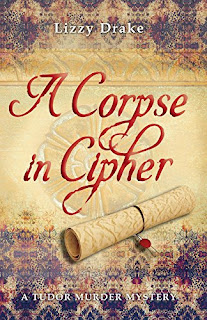 The Raven's Corpse is scheduled for publication in December 2016.


A Corpse in Cipher is available worldwide on Amazon for Kindle and in paperback.

Connect with Lizzy Drake on her blog or on Twitter.

Posted by Samantha Wilcoxson at 3:00 AM