What if Mary Hadn't Burned Heretics? 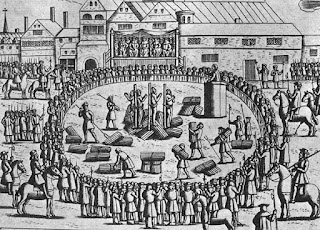 We assume because religious persecution is unacceptable today that it must have been the same during Mary's lifetime, but that couldn't be further from the truth. Monarchs were expected to lead their subjects in matters of faith, but that became much trickier with the advent of the Reformation. Suddenly, people were divided in ways they had never been before, and rulers had to determine how best to proceed in this new world. 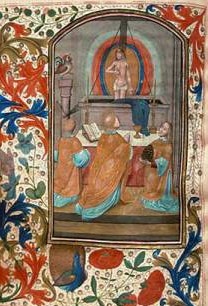 According to historian Eamon Duffy, 'No sixteenth-century European state willingly accepted or could easily imagine the peaceful coexistence of differing religious confessions, and such a coexistence does not seem a particularly realistic aspiration for Mary's England.' In his book, Fires of Faith: Catholic England under Mary Tudor, he points out that we only believe that the counter-reformation was doomed to fail because we have the advantage of knowing that it did. To Mary and those who advised her, they were doing the only thing they logically could do in seeing to the salvation of Englishmen.

The idea that burnings were repugnant to Mary's contemporaries and further drove people from Catholicism is a false idea based on our modern mindset that people must have felt that way. Mary's subjects, from the moment they supported her rule over that of Lady Jane Grey, expected the return of the old faith and the stomping out of the new that would go along with it. Throughout Europe, rulers continued to attempt to regulate the faith of the people long after Mary's reign ended in 1558, and the forms of punishment were no less brutal with Elizabeth ordering the hanging, drawing, and quartering of Catholics during her reign.

Had Mary not attempted to see England united in faith, she would have been viewed as a weak and ineffective monarch - a concern already at the forefront as she ruled as England's first queen regnant. Her supporters expected her to punish heretics and would have been disappointed in her had she sat back and done nothing. In contrast, there was very little outcry regarding the punishments when they took place. The discontent that Mary did have to cope with was the public disapproval of her marriage to Philip of Spain. For those unused to being ruled by a woman, the fear of becoming one more piece of the Holy Roman Empire was very real. 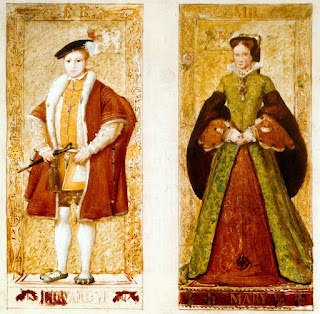 Just as her brother, Edward VI, had been encouraged to lead the nation in faith and punish those who did not follow, Mary had an obligation to uphold holy laws. Protestants and Catholics did not disagree on a monarchs role, but on who were the heretics that should be punished. Mary is often accused of seeking revenge for the many wrongs that she had suffered before she became queen, but in reality she was doing her duty of putting the country's church affairs in order with the advice of an extensive and learned council.

Mary also did not immediately resort to the burning of heretics. For more than than the first year of her reign, her focus was on ensuring that the true faith was preached so that those who had grown up during her brother's reign had the opportunity to hear and learn. Beginning in 1555, those who continued to lead people away from Catholicism were given harsh punishments for their role in what many believed was the spreading of heresy which doomed people to eternal damnation. Those who refused to correct the error of their ways, served as examples for those they led astray.

When people were burned, it was believed that they were given a foretaste of hell that would be their last chance to repent and receive eternal life in heaven. In its way, this punishment was intended as a final effort to convert those believed lost to heresy. Had Mary simply allowed her subjects to live and die condemned for eternity, she would have been accused by her contemporaries of failing to do her duty, but we might not remember her today as 'Bloody Mary'.
18 August 2022 UPDATE: Due to an unreasonable number of nonproductive interactions on this post which I have had to delete, comments will no longer be open. I apologize to the majority of my readers who contribute to civil discourse. It is unfortunate that one person makes this no longer possible.
Posted by Samantha Wilcoxson at 5:00 AM

New comments are not allowed.