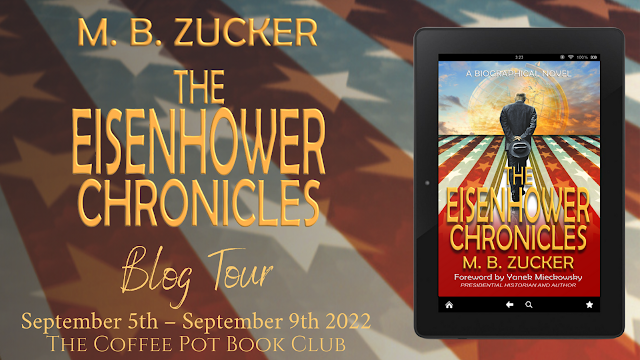 I am pleased to welcome M.B. Zucker to my blog today. As a fellow biographical fiction writer, Zucker has taken on a fascinating historical figure. In his Eisenhower Chronicles, readers will experience some of the most exciting moments of the 20th century.

The Eisenhower Chronicles: An Excerpt

It is early 1942. America has entered WWII following the attack on Pearl Harbor, and Ike has become a protege to Army Chief of Staff George Marshall. He is in charge of the War Department's War Plans Division. He contemplates the state of the war and discusses an interesting proposal for the first time...

Ike concentrated on a logic tree of wartime priorities he was drawing for the Combined Chiefs while hunched over his office desk. The fall of Britain, or Russia, or India will give the Axis a greater industrial output than the Allies. That can’t be allowed to happen. Our industrial power is the key to victory.

He glanced at a map that hung on the wall. Ike envisioned recent events in his head, picturing the ultimate nightmare if fortune did not reverse and the Axis maintained its momentum.

The Axis currently controls about one-third of the Earth’s surface. Nazi U-boats dominate the Atlantic. We’re losing dozens and dozens of ships per month. Hundreds of thousands of tons of material. Even our sea lanes to South America are at risk of being cut off. But the situation in the Eastern Hemisphere is infinitely worse. The Nazis are poised to overrun the Soviets in the Caucasus Mountains and Rommel’s pushing back the Brits in Egypt. Those two German thrusts can link up in the Middle East and quickly overrun that region. U-boats could then cross the Red Sea and enter the Indian Ocean. The Japanese, meanwhile, are overrunning the Dutch East Indies and could push through Burma and into India. The Nazis and Japanese could then link up near the Himalaya Mountains. And that would be it. The joining of the Axis armies would mark the entire Hemisphere’s fall to totalitarianism. Russia and China will be defeated and forced to surrender. Churchill will probably get thrown out of office with a No Confidence vote and Britain will make a deal with Hitler to avoid total destruction. Before too long the Axis will turn its attention to our Hemisphere. And America, with all its might, won’t be able to resist the combined strength of the entire rest of the world, no matter what Lincoln said. Americans will lose their freedoms. Freedom of speech. Right to a fair trial. Everything. We’ll all be Hitler’s slaves. The whole world.

That’s why I don’t get what’s wrong with this country. Why wasn’t it ready? My countrymen aren’t stupid. They must have seen what was at stake when Hitler took one country after another. And how could the Navy be caught with its pants down at Pearl Harbor? Because of that Japan has conquered half of the Pacific. How are so many people messing up this badly with this much at stake? What is wrong with people? And the Navy is still messing up. And MacArthur. And…

I need to calm down. We have a lot of smart people here. They’re getting a lot of the big decisions right. Like choosing to prioritize Germany over Japan. Roosevelt, Churchill, and the Combined Chiefs were right about that. I was wrong to question them. Yes, military doctrine says to target the weaker enemy first. But in this situation, that’s Germany. The Germans have more of their firepower pinned down fighting the British and the Soviets than the Japanese do in the Pacific. And besides, defeating Japan would do nothing to help Stalin. Our top priority needs to be to keep Russia in the war. Especially when there are rumors that Stalin has been asking Hitler for peace terms. If only there was some way to relieve pressure on the Russians.

Ike looked at the map. The Allies needed to slow the Axis advance. But more importantly, they needed to destroy the German Army. The German Army was Hitler’s center of gravity. Destroying it would force Germany’s surrender. That was the only way to win the war. But how would the Allies do that? Germany ruled the continent. The Allies had no way to even reach the German Army and fight it in a capacity large enough to destroy it.

The British are fighting Rommel in Egypt, but the Afrika Korps is a fraction of the entire German Army. The Soviets are fighting a huge portion of it, but they lack our industrial power and are taking excessive casualties. We need somewhere we can engage the bulk of the German Army and defeat it. I feel like that keeps leading me back to…

Ike turned to General Clark, one of his oldest friends in the Army.

“I think I know how we’re going to win the war in Europe.”

Clark froze. He turned away from his own desk to listen to Ike. A two-star general knew how to beat Hitler?

“I think we need to cross the English Channel and invade the coast of France.” He had goosebumps saying it out loud for the first time.

“Ike, there hasn’t been a successful cross-channel attack since William the Conqueror won the Battle of Hastings in 1066. And there’s never, in the history of warfare, been a successful attack from England and into France. What you’re talking about is without any precedence in military history. And against the toughest enemy imaginable.”

“Hear me out, Mark. When I served in Panama under Conner, he made me study the Civil War in extreme detail. Every general, every strategy. What worked and what didn’t. And you know what I learned? That Ulysses Grant was the best general we ever produced. He defeated Lee and saved the Union.”

“Which he did through brute force. Grant was a butcher.”

“No, he wasn’t. His casualties were lower than Lee’s. Grant did it by systematically destroying Lee’s Army. Not by taking Richmond, the Confederate capital. Not with some special maneuver like outflanking the Confederates. He did it through attrition. He targeted Lee’s Army, like Clausewitz wrote about in On War, and he destroyed it. That forced Lee’s surrender at Appomattox. There’s no special button we can press to defeat the Third Reich. I want us to do to Hitler what Grant did to Lee.”

“And we’d have to invade France to do that?”

“It’s the only land area large enough to engage the German Army on a large scale and defeat it decisively.”

“Our lines of approach would be too long.”

“We could go through Murmansk from the north or from the Persian Gulf via the Cape of Good Hope from the south. We’re already sending the Russians war material that way.”

“I don’t think we could send millions of soldiers as well. Besides, I don’t see Roosevelt and Marshall wanting to rely on Stalin that much. I see them agreeing to a cross-channel attack before they’d ever make that deal with Stalin.”

“What about going through Norway?”

“It’s not large enough for the type of ground campaign we’d need to defeat the German Army.”

“Portugal? Spain? We wouldn’t have to go through the Atlantic Wall.”

“Maybe. But France is closer to Germany, so it would be closer to the heart of Hitler’s empire and engage the German Army faster. Plus, it wouldn’t pull Franco into the war.”

“What timeline are you thinking?”

“If Roosevelt, Churchill, and the Combined Chiefs get on board with this now, we can invade France by early next year. The Brits would have to take the lead, since we’d still be building up our military.”

“Did you think of this just now?”

“I actually thought of it last September. But the more I think about grand strategy, the more I’m convinced that that’s the only way to beat Hitler.”

It’s strange. I’ve spent every day thinking about Hitler since November 1938. How he’s putting his own selfish interests over his duty to humanity, the threat he poses, how to stop him, how to defeat him. But he’s never heard of me. Doesn’t know I exist. Life is odd.

The Eisenhower Chronicles by M.B. Zucker 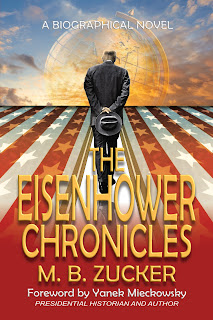 In 1938 he was a lieutenant colonel stationed in the Philippines; by 1945 the world proclaimed him its savior. From leading the forces of liberal democracy against history’s most evil tyrant to the presidency, Dwight D. Eisenhower fought for and kept the peace during the most dangerous era in history.

The Eisenhower Chronicles dramatizes Ike’s life, portraying his epic journey from unknown soldier to global hero as only a novel could. He is shown working with icons such as FDR, Winston Churchill, and Dr. Martin Luther King Jr., and confronting challenges like D-Day, the Little Rock Crisis, and Sputnik.

Eisenhower’s legacy is grounded in defending the world from fascism, communism, and nuclear weapons. This novel shows how he accomplished it all and takes readers into his mind and soul, grounding the history in the man who made it. 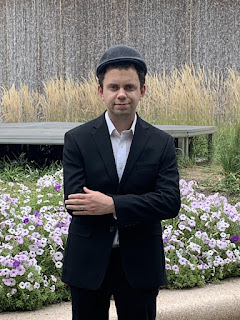 M. B. Zucker has been interested in storytelling for as long as he can remember. He discovered his love of history at fifteen and studied Dwight Eisenhower for over ten years. Mr. Zucker earned his B.A. at Occidental College and his J.D. at Case Western Reserve University School of Law. He lives in Virginia with his wife. 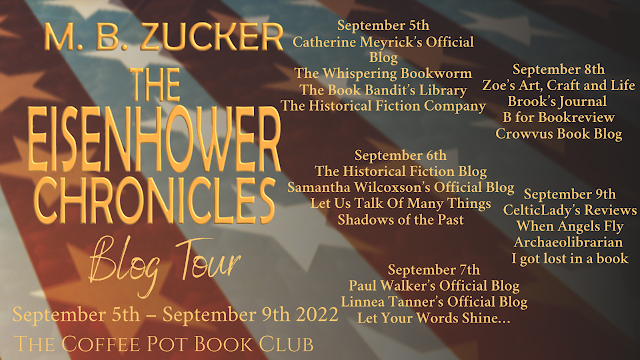