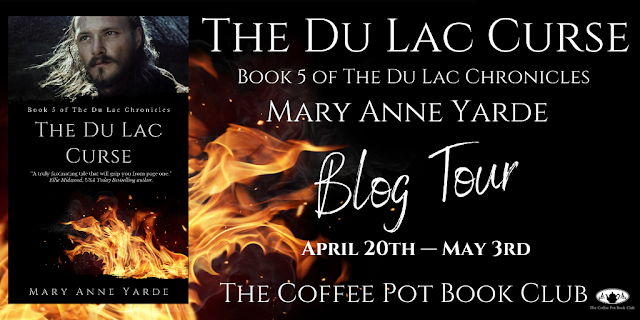 My readers will remember Mary Anne Yarde as a past visitor to this blog, and I am very pleased for her to join us once again. Today, we are celebrating the release of her latest novel, The Du Lac Curse, Book 5 of The Du Lac Chronicles. This series is a skillful intersection of history and myth.


In 1846 William John Thoms, a British writer, penned a letter to The Athenaeum, a British Magazine. In this letter, he talked about "popular antiquities." But instead of calling it by its common name, he used a new term — folklore.


What did Thoms mean by this new word?


The word folk referred to the rural poor who were, for the most part, illiterate. Lore means instruction. So folklore means to instruct the poor. But we understand it as verbal storytelling.


If folklore is just storytelling, is there any truth in the tale of King Arthur and his Knights?


Today, I am going to take a look at one of the great Arthurian writers. I will also try to answer the question I just posed.


"Wave after wave, each mightier than the last,
Till last, a ninth one, gathering half the deep
And full of voices, slowly rose and plunged
Roaring, and all the wave was in a flame:
And down the wave and in the flame was borne
A naked babe, and rode to Merlin's feet,
Who stoopt and caught the babe, and cried "The King!
Here is an heir for Uther!"


The above quote was taken from Tennyson's Idylls of the King and the place Tennyson was referring to was none other than Merlin's Cave in Cornwall. The cave itself sits under Tintagel Castle, and if you have the slightest interest in Arthur, then I am sure you have heard of Tintagel. If you ever get the chance to visit Tintagel, then do. It is a stunning location, well worth checking out.

Who was Lord Tennyson?

Alfred Tennyson, 1st Baron Tennyson, (6 August 1809 – 6 October 1892) was the Poet Laureate of Great Britain and Ireland during much of Queen Victoria's reign. Lord Tennyson was appointed to the position of Poet Laureate in 1850, after the death of William Wordsworth, and he is mostly remembered for his great work — The Charge of the Light Brigade. But I am interested in him because he also published an Arthurian inspired epic poem between 1859 and 1885 and he called it, as I have already said, The Idylls of King.


Now anyone who writes about Arthur, myself included, draws on the work of the Great Arthurian Poets, and Tennyson was no different. But his poem was so epic that he split it into 12 parts, and each part dealt with a different aspect of the Arthurian tale — however, he gave his stories a slight Victorian twist!

Geoffrey of Monmouth had already given us Tintagel Castle as the birthplace of Arthur. Tennyson took this one step further, and I can understand why he did. There is a cave under Tintagel Castle, and this cave was begging to be included in the tale. The cave, in question, fills up with water at every high tide, and it is easy enough to imagine Merlin approaching the cave with a shining staff in his hand, lighting his way. If Merlin were to have a cave, then this would be it. This unknown cave became a tourist attraction that suddenly had a long association with Arthurian legend — it was just that no one knew about it until Tennyson thought to mention it!

I don't know about you, but I love checking out film locations. I am lucky enough that I live very near some Poldark film locations. I have also travelled around Scotland, checking out the Outlander film locations. Now I am sure you would not disagree with me when I say that neither Poldark or Outlander scream folklore. But when we put the same principles into Arthur's story then there are some startling similarities because let's be honest, if you are going to visit an Arthurian location, it isn't the same as spending the day at, I don't know, Hampton Court. You are instead visiting book locations, folklore locations.

However, saying that, visiting Arthurian book locations doesn't feel the same, as visiting the locations of Poldark, Outlander or even Game of Thrones for that matter, because we recognise them as stories, but when it comes to Arthur, we don't do that. The folklore is so engrained into our culture that we just kind of accept it as maybe not fact, but something very close. And the reason for this is simply because Geoffrey of Monmouth's great work in the 12th Century was a must-read. A factual, must-read. And that is where the problem lies with Arthurian folklore. For centuries we were told these stories were true and somewhere ingrained deep down inside us is the belief that they are. Of course, over the centuries there are plenty of people who have exploited the Arthurian story — the monks of Glastonbury Abbey being one of them. But think on this, a thousand years ago the people of Britain were making pilgrimages to these sites that were associated with Arthur, and we are still doing it,
after all this time. Isn't that incredible? Arthur is still drawing in the crowds, and I believe that he will continue to bring in the crowds, long after we have forgotten all about Poldark and Outlander and even, dare I say it, Jon Snow. And that, my friends, is the power of folklore. It is not the same as a book. It isn't the same as factual history. It evolves, and we accept it. Suddenly Tennyson's version of events seems as old as time. Merlin always had a cave... didn't he? It is humbling when you think about it.

The tavern fell silent as Garren stepped into the room, and all eyes turned towards them.


“Well, that shut ee all up like clams,” Chesten stated with amusement.


“How much drink ’ave you had? I were only gone a few… Yer looks as drunk as a bee,” Chesten glared as her husband.


“Never you mind about how much I have drunk. ’Tis my tavern. My drink.”


“My money,” Chesten replied angrily, reaching for the poker which she always kept close to hand.

Her husband and that particular poker were old acquaintances.


“Ah, put it away, woman. My quarrel’s not wi’ ee. Although come to think of it, yer brought that monk in ’ere to die, and now it looks like yer brought someone else…” he grimaced when he looked at Alwena. “I’ll not allow it. Get ’er…” he slumped back down onto his chair, “and ’er companions out of me tavern.”


“’Twas a good thing I bought that monk in ’ere, and you were more than ’appy to take Brother Sampson’s coins for the board of his companion. And there ain’t nought to fear from ’er. Nought yer can catch. It’s a woman’s illness; the likes of you would not understand.”


“They are not welcome ’ere. Especially not ’im,” he pointed to Garren. “Killed the King, they have. Killed him, and the Queen, and the children too. They are all dead. I know who ee are. She told me last time yer were ’ere. Garren du Lac, back from the dead. I don’t want no trouble, so go, be on your way.” He flicked his fingers as if he were trying to shoo away an annoying fly.


There was a gasp from the patrons who frequented the tavern, and all looked at Garren as if he were a strange and exotic species, but Garren did not see it for a cold sensation travelled up his spine and wrapped around his heart.


“Alden’s dead?” Garren asked. He had feared it, but naively he had not wanted to believe it. He heard Rozen give a little sob, and Ronec’s gentle voice as he soothed her. “Please, tell me how this has come about. I have been in Brittany. Chesten, tell me, is he dead? Is my brother dead?”


God against Gods. King against King. Brother against Brother.

Mordred Pendragon had once said that the sons of Lancelot would eventually destroy each other, it seemed he was right all along.

Garren du Lac knew what the burning pyres meant in his brother's kingdom — invasion. But who would dare to challenge King Alden of Cerniw for his throne? Only one man was daring enough, arrogant enough, to attempt such a feat — Budic du Lac, their eldest half-brother.

While Merton du Lac struggles to come to terms with the magnitude of Budic's crime, there is another threat, one that is as ancient as it is powerful. But with the death toll rising and his men deserting who will take up the banner and fight in his name?


Available on Amazon UK and Amazon US 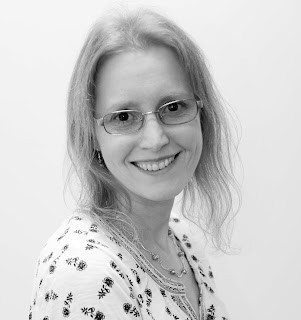 
Born in Bath, England, Mary Anne Yarde grew up in the southwest of England, surrounded and influenced by centuries of history and mythology. Glastonbury — the fabled Isle of Avalon — was a mere fifteen-minute drive from her home, and tales of King Arthur and his knights were part of her childhood.